The European Commission has welcomed the definitive adoption by the Council of Ministers of the Directive on the enforcement of intellectual and industrial property rights, such as copyright and related rights, trademarks, designs or patents. The Directive would require all Member States to apply effective, dissuasive and proportionate remedies and penalties against those engaged in counterfeiting and piracy and so create a level playing field for right holders in the EU. It means that in about two years’ time, once the deadline for implementation has been reached, all Member States will have a similar set of measures, procedures and remedies available for rightholders to defend their intellectual property rights (be they copyright or related rights, trademarks, patents, designs, etc) if they are infringed. The Commission proposed the Directive on 30 January 2003 (see IP/03/144 and MEMO/03/20) and it was approved by the European Parliament in March 2004 (IP/04/316) in a form to which the Council has now agreed, without the need for a second reading by either the Parliament or the Council.

Internal Market Commissioner Frits Bolkestein said: “I am very pleased that close cooperation between the European Parliament, the Council and the Commission has enabled the swift adoption of this crucial Directive. The Directive will give the Europe of 25 much stronger defences against counterfeiting and piracy, which are a modern economic plague increasingly linked to organised crime. When intellectual property rights are not respected, there is less investment in innovative industries, research and cultural promotion. That means everyone in Europe loses out. What is more, counterfeiters create fake medicines, toys, cosmetics, food and drinks and vehicle spare parts which threaten public health and safety.”

The new Directivebrings national legislation across the EU on civil sanctions and remedies closer into line with ‘best practice’. It includes procedures covering evidence and the protection of evidence and provisional measures such as injunctions and seizure. Remedies available to right holders include the destruction, recall or permanent removal from the market of illegal goods, as well as financial compensation, injunctions and damages. There will be a right of information allowing judges to order certain persons to reveal the names and addresses of those involved in distributing the illegal goods or services, along with details of the quantities and prices involved.

The Directive also signals to Member States certain measures (such as the publication of judicial decisions and the development of professional codes of conduct) that contribute to the fight against counterfeiting and piracy.

Under the Directive, Member States will have to appoint national correspondents to cooperate and exchange information with other Member States and with the Commission. As well as benefits for rightholders, the Directive contains appropriate safeguards against abuse, ensures the rights of the defence and includes references to the protection of personal data and confidential information.

Member States have agreed to implement the Directive within two years after its publication in the European Union’s Official Journal, which will take place very shortly. 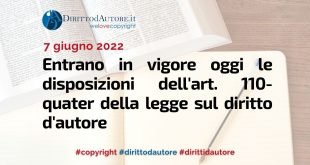 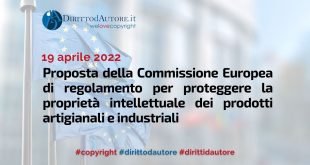 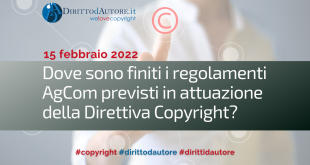 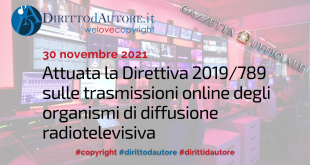