SUPREME COURT OF THE UNITED STATES

Respondent companies distribute free software that allows computer users to share electronic files through peer-to-peer networks, so called because the computers communicate directly with each other, not through central servers. Although such networks can be used to share any type of digital file, recipients of respondents’ software have mostly used them to share copyrighted music and video files without authorization. Seeking damages and an injunction, a group of movie studios and other copyright holders (hereinafter MGM) sued respondents for their users’ copyright infringements, alleging that respondents knowingly and intentionally distributed their software to enable users to infringe copyrighted works in violation of the Copyright Act.
Discovery revealed that billions of files are shared across peer-to-peer networks each month. Respondents are aware that users employ their software primarily to download copyrighted files, although the decentralized networks do not reveal which files are copied, and when. Respondents have sometimes learned about the infringement directly when users have e-mailed questions regarding copyrighted works, and respondents have replied with guidance. Respondents are not merely passive recipients of information about infringement. The record is replete with evidence that when they began to distribute their free software, each of them clearly voiced the objective that recipients use the software to download copyrighted works and took active steps to encourage infringement. After the notorious file-sharing service, Napster, was sued by copyright holders for facilitating copyright infringement, both respondents promoted and marketed themselves as Napster alternatives. They receive no revenuefrom users, but, instead, generate income by selling advertising space, then streaming the advertising to their users. As the number of users increases, advertising opportunities are worth more. There is no evidence that either respondent made an effort to filter copyrighted material from users’ downloads or otherwise to impede the sharing of copyrighted files.
While acknowledging that respondents’ users had directly infringed MGM’s copyrights, the District Court nonetheless granted respondents summary judgment as to liability arising from distribution of their software. The Ninth Circuit affirmed. It read Sony Corp. of America v. Universal City Studios, Inc., 464 U. S. 417, as holding that the distribution of a commercial product capable of substantial noninfringing uses could not give rise to contributory liability for infringement unless the distributor had actual knowledge of specific instances of infringement and failed to act on that knowledge. Because the appeals court found respondents’ software to be capable of substantial noninfringing uses and because respondents had no actual knowledge of infringement owing to the software’s decentralized architecture, the court held that they were not liable. It also held that they did not materially contribute to their users’ infringement because the users themselves searched for, retrieved, and stored the infringing files, with no involvement by respondents beyond providing the software in the first place. Finally, the court held that respondents could not be held liable under a vicarious infringement theory because they did not monitor or control the software’s use, had no agreed-upon right or current ability to supervise its use, and had no independent duty to police infringement.

Opinion of the Court

III
A
The only apparent question about treating MGM’s evidence as sufficient to withstand summary judgment under the theory of inducement goes to the need on MGM’s part to adduce evidence that StreamCast and Grokster communicated an inducing message to their software users. The classic instance of inducement is by advertisement or solicitation that broadcasts a message designed to stimulate others to commit violations. MGM claims that such a message is shown here. It is undisputed that StreamCast beamed onto the computer screens of users of Napster-compatible programs ads urging the adoption of its OpenNap program, which was designed, as its name implied, to invite the custom of patrons of Napster, then under attack in the courts for facilitating massive infringement. Those who accepted StreamCast’s OpenNap program were offered software to perform the same services, which a factfinder could conclude would readily have been understood in the Napster market as the ability to download copyrighted music files. Grokster distributed an electronic newsletter containing links to articles promoting its software’s ability to access popular copyrighted music. And anyone whose Napster or free file-sharing searches turned up a link to Grokster would have understood Grokster to be offering the same file-sharing ability as Napster, and to the same people who probably used Napster for infringing downloads; that would also have been the understanding of anyone offered Grokster’s suggestively named Swaptor software, its version of OpenNap. And both companies communicated a clear message by responding affirmatively to requests for help in locating and playing copyrighted materials.
In StreamCast’s case, of course, the evidence just described was supplemented by other unequivocal indications of unlawful purpose in the internal communications and advertising designs aimed at Napster users (“When the lights went off at Napster… where did the users go?”
App. 836 (ellipsis in original)). Whether the messages were communicated is not to the point on this record. The function of the message in the theory of inducement is to prove by a defendant’s own statements that his unlawful purpose disqualifies him from claiming protection (and incidentally to point to actual violators likely to be found among those who hear or read the message). See supra, at 17–19. Proving that a message was sent out, then, is the preeminent but not exclusive way of showing that active steps were taken with the purpose of bringing about in-fringing acts, and of showing that infringing acts took place by using the device distributed. Here, the summary judgment record is replete with other evidence that Grokster and StreamCast, unlike the manufacturer and distributor in Sony, acted with a purpose to cause copyright violations by use of software suitable for illegal use. See supra, at 6–9.
Three features of this evidence of intent are particularly notable. First, each company showed itself to be aiming to satisfy a known source of demand for copyright infringement, the market comprising former Napster users.
StreamCast’s internal documents made constant reference to Napster, it initially distributed its Morpheus software through an OpenNap program compatible with Napster, it advertised its OpenNap program to Napster users, and its Morpheus software functions as Napster did except that it could be used to distribute more kinds of files, including copyrighted movies and software programs. Grokster’s name is apparently derived from Napster, it too initially offered an OpenNap program, its software’s function is likewise comparable to Napster’s, and it attempted to divert queries for Napster onto its own Web site. Grokster and StreamCast’s efforts to supply services to former Napster users, deprived of a mechanism to copy and distribute what were overwhelmingly infringing files, indicate a principal, if not exclusive, intent on the part of each to bring about infringement.
Second, this evidence of unlawful objective is given added significance by MGM’s showing that neither company attempted to develop filtering tools or other mechanisms to diminish the infringing activity using their software. While the Ninth Circuit treated the defendants’ failure to develop such tools as irrelevant because they lacked an independent duty to monitor their users’ activity, we think this evidence underscores Grokster’s and StreamCast’s intentional facilitation of their users’ infringement.
Third, there is a further complement to the direct evidence of unlawful objective. It is useful to recall that StreamCast and Grokster make money by selling advertising space, by directing ads to the screens of computers employing their software. As the record shows, the more the software is used, the more ads are sent out and the greater the advertising revenue becomes. Since the extent of the software’s use determines the gain to the distributors, the commercial sense of their enterprise turns on high-volume use, which the record shows is infringing .
This evidence alone would not justify an inference of unlawful intent, but viewed in the context of the entire record its import is clear.
The unlawful objective is unmistakable.

B
In addition to intent to bring about infringement and distribution of a device suitable for infringing use, the inducement theory of course requires evidence of actual infringement by recipients of the device, the software in this case. As the account of the facts indicates, there is evidence of infringement on a gigantic scale, and there is no serious issue of the adequacy of MGM’s showing on this point in order to survive the companies’ summary judgment requests. Although an exact calculation of infringing use, as a basis for a claim of damages, is subject to dispute, there is no question that the summary judgment evidence is at least adequate to entitle MGM to go forward with claims for damages and equitable relief. 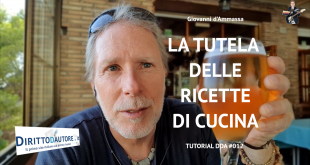 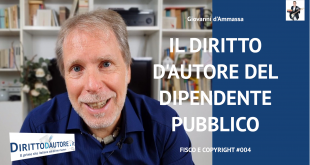 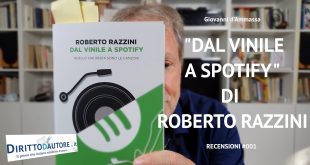